Does Your Startup Idea have a Fatal Flaw?

One of the weekly components of the Founder Institute Semester is the “Hot Seat”. Where founders have a chance to pitch their idea/company to the three mentors plus the local Director.

During the Hotseat sessions for some Founders in Bogotá Columbia, I was watching as one of the Founders was having a challenge taking feedback from a mentor. It seems that he had met with this specific mentor before, and the feedback the mentor had given was to go talk to customers and validate the idea. A month had transpired from the previous meeting and the customer interviews had still not been done.

When do you want to know?

If your idea has a fatal flaw when do you want to know? Say in the first 30 days of the idea or would you rather take 3 years of your life to find out?

Though the majority of Startups will never take Venture Funding, the average time from venture funding to venture exit has fallen slightly in 2012 to 5.0 years on M&A activity. The median time to IPO is still over 8 years.  US Dow Jones Venture Source data, July 2012. So if you take three years to get your startup through initial traction, seed and angel funding you’re probably facing a total of 6-8 years+ of time invested in your startup.

One flaw and benefit fo being an entrepreneur is that you see the future as it will exist, not as it exists today. We also tend to look at all of the features that our product could have vs. what we have that we can sell today. Last time I was down in Silicon Valley meeting with the FI.co team, I had a chance to do office hours with a local future-founder. Her idea wasn’t based on the Launch Product or the Minimum Viable Product (MVP) it was based on all the products should could sell the customers – when it was at a mature state – and once she had 20,000 or 200,000 customers. The problem is that she will never get enough customers with the launch product to get that many customers.

How do you know? 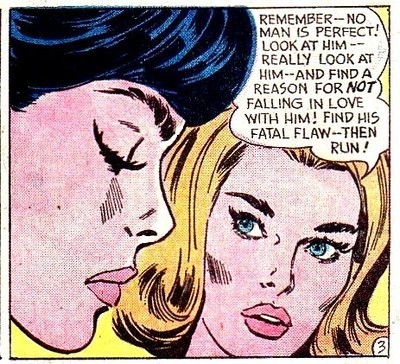 Probably most important is for you to change your perspective on your idea for a short period of time (a week). Instead of looking for everything that’s great about your idea, look for the problems. It may not have a fatal flaw, but if it does let’s try to find it soon.

Talk to a customer(s)!

At the same time, get out and talk to your target customers today!

Don’t sell them your features – ask them what problems they have. Or maybe you’re too close to your idea? Maybe you don’t want to hear the customer feedback. No problem, you’ll find out over the next three years.